We usually hear the word digital era, or modern digital technology or digital currency or something like digital world. But do we really understand what is actually meant by "Digital"..? In this article we will discuss basics of digital technology and associated digital logic gates that are widely used in electronic circuits.

What is Digital Technology:

The technological advancements in the field of electronics is greatly dependant on advance digital electronics. Digital Technology means products that emerge as a result of digital electronics circuits design based on semiconductor core processing in the form of digits 1s and 0s.

The foundation stone of digital electronics is "Binary Numbers". The binary numbers are represented in base-2 numeral system.  It uses two symbols "1" and "0".  Any number that is represented in digital form uses binary numeral system. That number will contain only 1s and 0s. Like decimal number system base-10 contains 10 symbols (0,1,2,3,4,5,6,7,8,9) similarly Binary number system contains (1 and 0)

A signal is made up of three components. 1- Amplitude 2- Frequency and 3- Phase. In digital signal the amplitude fluctuates between 5V and 0V, Frequency can be in KHz, MHz or GHz and phase can be shifted 0-180O. 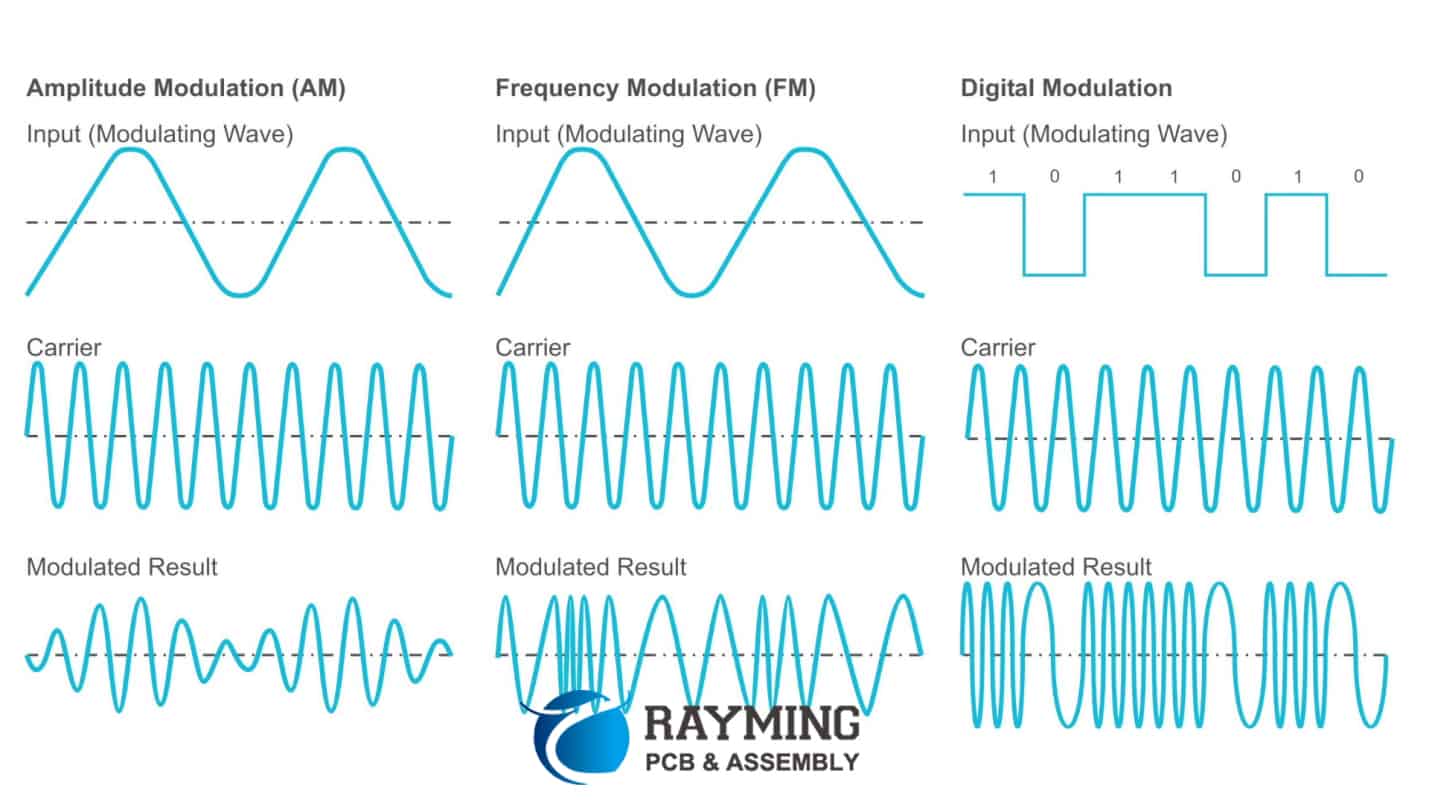 Now so far we have discussed on the digital logic side which is the basic principle of programming the digital circuitry like micro-controllers, microprocessors, FPGA, DSP and other digital stuff.

However this digital logic is basically implemented in the core hardware of these above mentioned components. This implementation of logic is done by means of Digital Logic Gates.

Logic Gates are the hardware components that are based on TTL or CMOS technology to implement a logic function using Boolean Algebra by taking digital inputs and giving digital output.

Many modern and old CPUs, processors, DPSs, ADSs, DACs, memory circuits, data and address buses, buffer ICs, MUX, DEMUX, Encode, Decoders and countless digital devices use the combination of these logic gates at the core/heart of their architecture.

However, going more in depth, these gates have transistors in their cores. And in the core of transistor is a semiconductor (Silicon or Germanium) PN junction which is the foundation of all electronics.

There are three fundamental Logic Gates in Digital electronics.

The NOT Gate: This gate is used to give the inverted output.

What is Truth Table..?

The truth table is the representation of binary numbers in tabular form. These binary numbers are the input and output of a logic function (combination of logic gates or single logic gate). This logic function is implemented in the form of "Boolean Algebra". Unlike Linear algebra, the Boolean algebra works on the principle of True (High = 1) or False (Low = 0) (hence the name "Truth Table"). The logic function will determine the logic states at the inputs and implement the function using Boolean algebra to generate output states.

The NOT Gate Symbol:

The symbol of the NOT gate can be seen as OPAMP symbol or amplifier symbol, but in actual it does not amplify (increase amplitude of signal ) signal but simply reverse the phase of signal. The NOT gate does not change the input signal frequency.

The small circuit at the edge of triangle shows that it is an inverter (NOT gate). If this small circuit is removed, then this symbol becomes the symbol of buffer. Buffer is not our topic here.

The NOT gate (inverter) takes only 1 bit input and gives 1 bit output.

The bit is the smallest digital information written in binary digit "1" or "0". It is the smallest and basic unit of information that is used in digital logic functions like computing, communication/transmission, storage etc. A digital number or binary number can be 1 bit, 4 bit (Nibble), 8 bit (Byte), 16 bit (Word), 32 bit (Double Word), 64 bit.

The AND gate has the functionality of logic AND. It means that "If Input A "AND" Input B are True (High = 1) then Output X will be TRUE (High = 1) otherwise output will be False (Low=0)"

The AND Gate Symbol:

The 2-Bit AND Gate Truth Table: 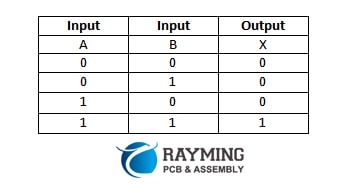 The OR gate has the functionality of logic OR. It means that "If either of the Inputs A "OR" B is True (High = 1) then Output X will be TRUE (High = 1) otherwise output will be False (Low=0)"

The OR Gate Symbol:

The 2-Bit OR Gate Truth Table: 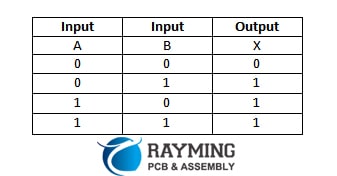 There are many other types of logic gates for example, NAND, NOR, XOR, XNOR, Neg-AND and Neg-OR. These all are the derivatives of 3 basic gates discussed above. Discussion of these gates will be in upcoming article.