refers to a fast prototype PCBA used to test the function of new electronic designs. These help with quality assurance, verifying that there is no problem with the test product, finding bugs, and updating the design. Typically, before mass production, one electronic project will need 2-3 iterations of a SMT assembly to make sure everything is working perfecty.

RayMing supports engineers to assemble their electronic prototype quickly and cost effectively during the whole design verification process. To ensure that the product design meets requirements, in general, we suggest 5 pcb or 10pcs for prototype assembly testing. Of course, one or two piece is also OK, so long as it can be verified. 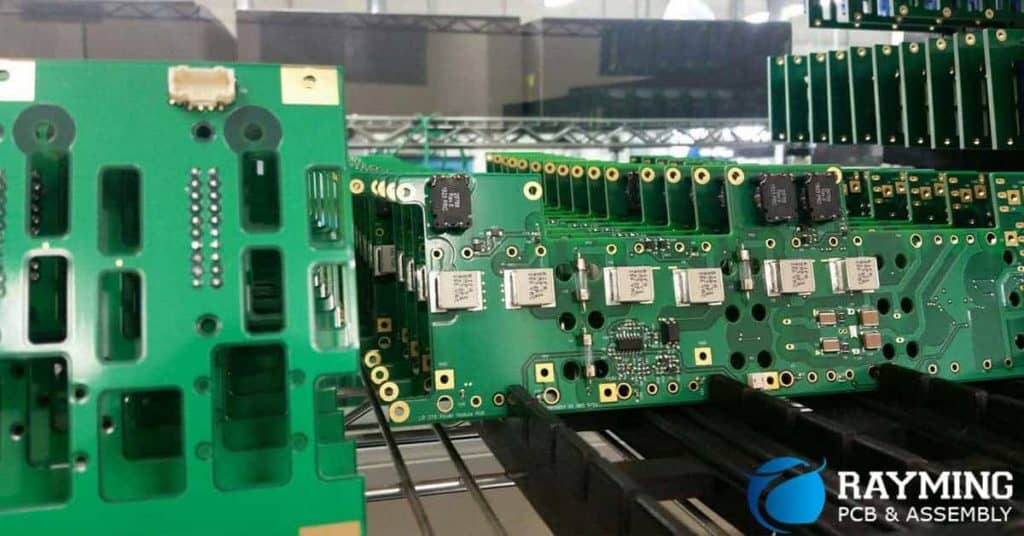 How do we estimate the cost of a prototype circuit board assembly project? 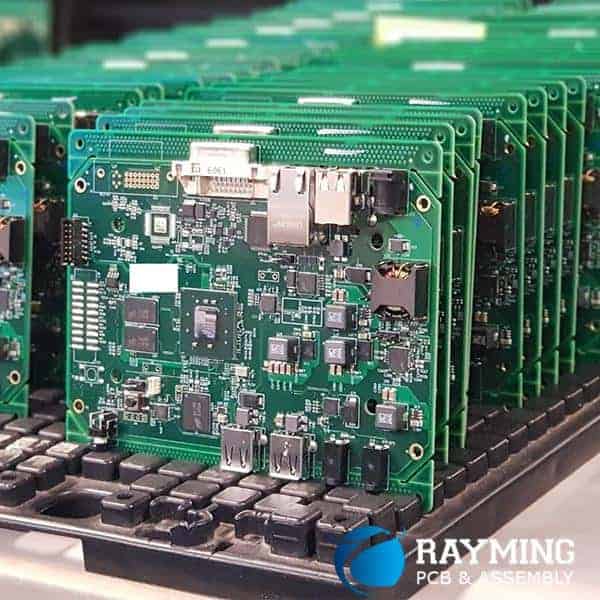 It is easy to get a quote for our PCB prototype assembly; just send the PCB file and bill of materials (BOM) list to sales@raypcb.com. You will get full price in 48 hours (If you need quick quote, please send your email as “high priority”). Additionally, please include the following:

There is no Minimum Order Quantity (MOQ) limit for PCB assembly -even one piece is accepted. Moreover, all components’ price is 100% based on your BOM list. If you need an equivalent replacement to reduce cost, we must get your official approval.   Our team is qualified to manage the complete prototype PCB assembly process, which includes the sourcing of all components and their management, PCB assembly, quality control, function testing, and delivery.

Our prototype circuit board assembly is a specialized service that enables us to take complicated designs, prepare them for assembly, and test them without your needing to worry about PCB assembly workmanship. The prototype pcb manufacturing section of our manufacturing facility has a unique layout that allows for flexible use of both automated and manual parts-loading stations. Our staff is qualified and experienced in managing fine-pitch parts and ball grid arrays (BGAs) for high-density FR-4 PCBs. Our team is capable of manufacturing prototype pcb manufacturing volumes from 1 to 1000 PCBs. 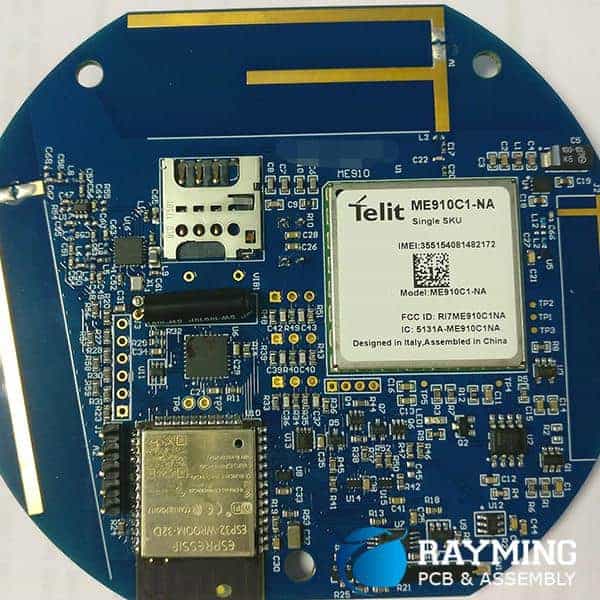 Turnkey circuit board assembly is our primary function, even at the prototype level. We have engaged electrical engineers and have formulated effective guidelines for each step of the PCB manufacturing and assembly process, so our customers can benefit from PCB prototyping, electronic parts sourcing, and PCB assembly services. Additionally, we offer a partial Turnkey service that gives us the ability to assemble component kits as per the client’s specification.

Our pcb prototype assembly service includes the sourcing of components. This allows you to concentrate on what you do best: layout design. We have a dedicated sourcing staff that coordinates with multiple suppliers and distributors to purchase electronic parts as per client requirements, and our staff completes these purchasing particulars in a most efficient manner. We have advanced processes for optimal selection of packaging (cut tape, tube, bulk, etc.) to reduce the total cost. Furthermore, we are capable of cross-referencing parts and even locating hard-to-find and obsolete parts. Customers can be rest assured that when RayMing substitutes components that they are high quality: we only use the electronic component numbers and manufacturers specified in the BOM. We will not modify your original layout design. Part substitutions take place only with your permission.

The final pcb prototype assembly service cost includes assembly labor charges, bare circuit board rates, and part costs. On our website, you can send your PCB files to get an estimate for prototype PCBs and assembly prices. Prices are based on the rates of Digi-Key, Mouser, Avnet, Arrow, Future, Newark, or a particular supplier.

We understand the importance of prompt delivery. The sooner the components are sourced, the sooner we can begin circuit board fabrication. We thoroughly evaluate engineering inquiries and concerns related to the related parts with our clients before commencing circuit board assembly. The average time taken for pcb manufacturing assembly

is two weeks, which can be further reduced if there are no hard-to-locate components or documentation mistakes.

We have specialized experts to deliver fast turnarounds for prototype circuit board assembly with surface-mount (SMT), through-hole (THT) and mixed-technology components. Our efficient and rapid prototyping PCB assembly service team can assemble circuit boards in as little as 72 hours.

How to choose prototype pcb manufacturing 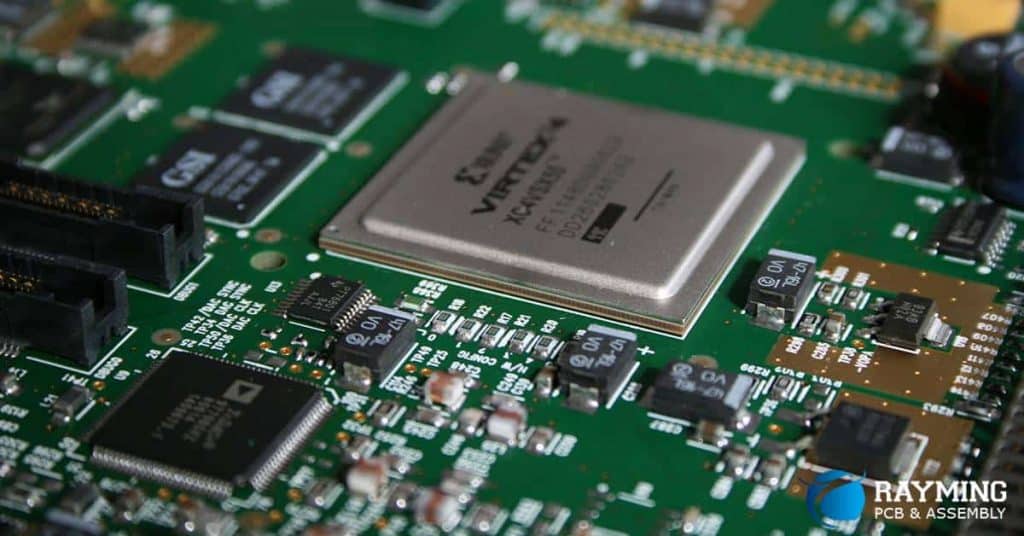 First, when choosing a prototype assembly manufacturer, the first thing to check is whether the manufacturer is professional by checking for two aspects: equipment and management system. Generally speaking, the more professional PCB assembly manufacturers have more advanced and complete equipment, which is the basis for completing SMT assembly. Moreover, a good SMT manufacturer will also pass the ISO 9001 quality management system test, and will also be registered with the relevant national quality inspection departments. These qualifications and certificates can help you initially determine whether the manufacturer is professional.

Second, the “feel” of your service. An SMT assembly factory provides your PCBA assembly services, not the final product. Therefore, the service attitude of an SMT manufacturer is very important. A more formal manufacturer encounters problems or problems with customers. When other new requirements and suggestions are made, we will actively listen to customers’ opinions and make changes and improvements in time to satisfy customers. By inspecting a manufacturer’s service culture, you can make judgments about the quality of the employees engaged in SMT assembly and the overall corporate culture.

This has been an introduction into the more important items related to the selection of SMT patch proofing manufacturers. SMT patch proofing is a must for everyone. Therefore, when choosing a service manufacturer, you should not be negligent. It is recommended that you build on the introductory content above. Comprehensive considerations ensures that you choose the most suitable prototype smt assembly manufacturer. 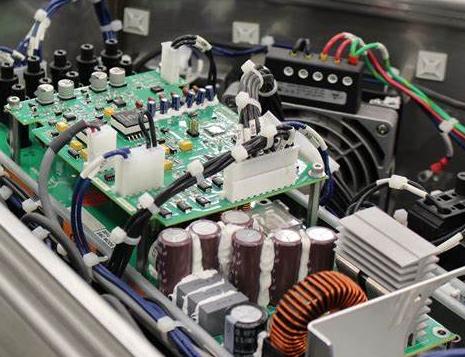 However, this article seeks to help you understand everything about prototype PCB assembly, a fundamental aspect of the PCB production process.

PCB prototype assembly service is a fast prototype printed circuit board assembly primarily used to test fresh or new electronic designs. Consequently, it assists with checking and ensuring quality assurance of the PCB. For instance, it verifies that no bug exists in the test PCB, updates the design, and finds bugs. In most instances, prototype assembly of an electronic project will require two or three iterations to ensure everything is perfect.

If you have developed a printed circuit board design and want top prototype pcb assembly supplier, it becomes prudent to pick a top prototype circuit board assembly company. What better company than RayMing PCB and Assembly Company. The company assists engineers and designers in assembling their electronic prototypes at a cost-effective price and quickly. You will get quality prototype pcb assembly supplier because design verification also takes place. However, you have to provide the recommended five to ten pieces for the prototype assembly testing.

Estimating the Cost of a Prototype Assembly Project

The ability to accurately predict the cost of your prototype pcb production project can prove a tough ask. However, you can always come up with estimates of the total costs. So how can you go about this? One of the best ways often entails getting a quote from your prototype PCB assembly manufacturer. The requirements, however, prove different with each prototype PCB assembly company. For instance, at RayMing PCB and Assembly, you can always get a complete price quotation in two days once you have sent your PCB design file complete with a bill of materials. Further, you will have to enclose specific details such as the BOM list, your Gerber file, and the required prototype PCB quantities.  Additionally, you will also have to specify any need for special technology utilization in the assembly process.

At RayMing PCB and Assembly, no MOQ limit exists for prototype printed circuit board assembly. Therefore, you can always order even a single piece of PCB prototype. What’s more? The price of components will get based on the BOM list you send.  However, you can always request equivalent replacements to cut the cost as long as you make an official approval of the request.

The company has a demonstrated history and capacity to handle your prototype PCB assembly needs owing to its qualified workforce that will manage the process. Additionally, RayMing PCB and Assembly possesses the latest technologies and equipment to handle your prototype PCB assembly needs ranging from one piece up to a thousand pieces. Hinging their operations on delivering quality PCB prototypes within short turn-around times, picking us will always prove an inspired decision.

Another crucial aspect of estimating the cost of production depends on the services and PCB product sourcing avenues of the prototype PCB service provider. For instance, if the company has a qualified team of engineers and sources the parts necessary for your PCB design assembly process in-house, then the cost drastically reduces. The opposite also rings true for companies that outsource services or PCB components. Here the price will always rise, and this can hamper your plans with the developed PCB prototype.

Finding a PCB turnkey service provider for your prototype assembly and sources for the diverse components allows you to worry yourself with the design, which saves you money. Additionally, a company such as RayMing PCB that sources for components ensure that the components used in the assembly process of the PCB prototype are of top-rate quality owing to the quality certification and standards that it must protect in its operations. With advanced optimal selection criteria for packaging, you also get to reduce the cost, a crucial indicator of the total cost of the prototype smt pcb assembly.

Most prototype smt pcb assembly providers guarantee prompt delivery though this often depends on the capacity of the company and the documentation you submit. For instance, the average timeline always comes at two weeks when all factors remain constant. However, for RayMing PCB and Assembly, you will only need three days to get your delivery. Consequently, the quality and turn-around delivery times have to figure in your cost estimates, especially based on your budget and application needs.  It becomes crucial to note that we do a thorough evaluation of the engineering concerns and inquiries related to components before stating the PCB assembly process.

If you want top-quality printed circuit board prototypes, it helps to find the best prototype PCB assembly services provider. To determine the capability of the company to offer quality PCB prototypes for your needs, ascertain the following.

How to Select a Prototype PCB Assembly Service Provider

Picking a top pcb prototype service provider can become difficult owing to the number existing out there. However, to pick a top-rate one based on your PCB prototyping needs, you need to consider the following.

Prototype assembly acts as an integral part of the printed circuit board manufacturing process. It informs the ease or difficulty of the high volume assembly process regarding a specific PCB design.  Understanding everything you can about prototype pcb manufacturing acts as the ideal springboard for picking the right prototype PCB assembly services provider.