Electronic Industry News
Pin in Paste (PiP) Technology in (PCB) Printed Circuit Bo...
Things to know before Ordering PCB Project
Automotive PCB Applications and Types
Scientific Notation
Applications and Types of PCBs for Computer and Consumer ...
Digital Signals and Gates
Deeply Analysis of RF Front-end Module in 28GHz 5G Commun...
What is Static Electricity?
What is RoHS and Why it is Important
Automotive Alternator (AC Circuits)
The Services of Manufacturing Electronics
Use a Few Resistors to Improve the Accuracy of the Multim...
Is The Pseudo Soldering A Short Circuit Or An Open Circui...
PCB connection socket for military and medical equipment
SMT Stencil
PCB Circuit Materials Selection and Its Influence in Diff...
All You Need To Know On How To Choose Electronic Contract...
5G Communication Equipment Promotes the Development of PC...
What is the impact of galvanic corrosion on the PCB?
5G Enriching Telecommunication Ecosystem

What is Static Electricity?

Have you ever experienced when you rub the comb on pull over, you can pick the small pieces of paper or when you rub the balloon, and it will stick to yourself. Another powerful example is the thunderbolt of lightning during heavy rainy season.

These all are the examples of static electricity.

What is Static Electricity..?

One of the body is the bad conductor of charge called insulator when rubbed against a material surface it causes the resistance/friction that in turns creates "static charge".

Actually all the matter exist in the universe is made of tiny particles called "atoms". These atoms are further broken into 3 basic constituents called "electrons", "protons" and "neutrons". The matter is classified into elements in periodic table. There are 118 elements in periodic table till now. The atom is electrically neutral because of equal number of protons and electrons. The electrons are loosely bonded and can escape away the shell of atom upon small excitation energy or mechanical movement like friction.

The neutrons and protons are tightly bonded together in the nucleus of atom. The nucleus is the heaviest part of atom. The number of protons forms the identity of element. It is near impossible to extract / kick off proton from nucleus. Because if we can do this we could have changed the nature/identity of element. However neutron can be kicked off nucleus and as a side effect emits radioactive waves. Now when the electron from the valence shell is removed or electron added into the valence shell then it will become positive charged or negative charged respectively.

The fluid model of static electricity, was discovered by early scientist and pioneer researcher named Benjamin Franklin. He witnessed that upon rubbing glass rod with silk cloth will cause force of attraction between the two.

When the wax was rubbed against wool cloth this will also cause force of attraction between the two.

It was also observed that if two glass rods were rubbed with their respective silk cloths then these two glass rods repel each other. Hence generating force of repulsion.

"If two point objects equally charged to 1 coulomb having no physical mass are placed at a distance of 1 meter apart, then there exist a force of 9 billion Newton either attractive force or repulsive force for opposite charges and similar charge types respectively. "

The unit of measurement of charge was dedicated to the name of Scientist "Coulomb".

1 Coulomb of charge is actually the excess or deficiency of  electrons. Or conversely speaking 1 electron charge is equal to  Coulomb (C)

We can also say that a charged object will attract neutral object because of the same electrons flow from charged object to neutral. Example of this is a balloon that when rubbed on your hair will get negative charge, then it is brought near to the neutral wall but the balloon will stick to the wall because of electron flow from balloon to wall. This is also true for the case when we brush our hair with comb then the comb can pick up small pieces of paper. 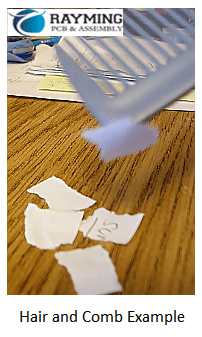 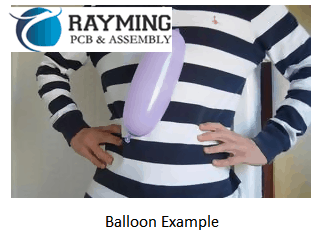 The ozone is created due to static discharge. This ozone is not good for elastomers. This ozone can make deep cracks in vehicle components like O-rings. The damaged fuel line from ozone can cause fire. To protect from this use elastomers that resist ozone. 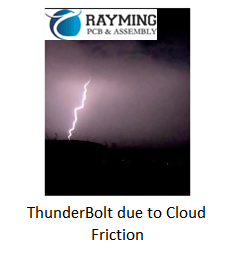 The charged objects will hold these states of excess / scarce electrons until it is applied by external force to move it in a particular direction. These electromotive force (EMF) or "voltage applied across" will cause the electron to flow thus converting static electricity into "current".

Current is always moving in a direction through a metallic wire. While static electricity remain stored in a body when applied to mechanical friction/movement. 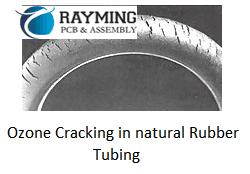 Previous Post: What is RoHS and Why it is Important
Next Post: Deeply Analysis of RF Front-end Module in 28GHz 5G Communication Band