The Altium designer is offering capability to its users for the generation of customizable and comprehensive Bill of Material (BOM). The BOM is one of the major ingredients of the data required for design and fabrication of Printed Circuit Boards (PCBs). The BOM is actually a guide for the needs of a PCB design for building up a product and is also calculating the approximated expense of the entire project based on the number of boards to be assembled and components. The BOM list is being generated with the help of a powerful and dedicated generating tool known as report manager. This article is dealing with the information which is necessary for the creation of BOM through Altium designer comprising of bare board which is vital for making of base parts grounded on which all other components are assembled.

Altium tool is very handy in the generation of Bill of Material (BOM) and Electronic Component Placement List (CPL) which is also referred as Centroid file. The following is the way to go.

All you need to know about Bill of Material

The BOM file is telling the manufacturer about the components which must be installed on the PCB. The BOM is also having information of the exact locations of the components. For instance, there are different points on PCB such as T1, R1, and C1 etc. which depicts the location of components such as resistor, capacitor, inductor, and transistor etc. The information is present in the Bill of Material file and is very important for the assembly process. BOM is generally a simple text format file to be opened in excel having comma separated (CSV) form. This file can also be opened in any other software tool supporting spreadsheets. The following figure is an example of BOM file.

From the figure above, it can be seen that the first column is having information of the values of capacitors and the column is named as “comment”. The comment section should have as much details as possible such as tolerance and maximum allowable voltage information etc. This is for allowing the manufacturing staff to have information of the perfect component to be used for the project. The next column name is “designator” which has information of the position of the component on PCB so that component is soldered at accurate place. Third column is “footprint” and it is also referred as “package” having information of the SMD components having different sizes. Therefore, manufacturing staff is able to know about the size of component to be best fit for PCB. There are different sizes of the SMT components such as 0603, 1206, and 0805 etc. The last column is named as “LCSC part number” which carries information for speeding up the process to get accurate results. RayPCB is having a very large library of components having a unique number. These unique part numbers can be utilized for the identification of accurate part needed.

For saving time in forthcoming projects, the “LCSC part number” can also be added in to the CAD software. In this way when the BOM list is generated next time, the components will be assigned with their unique numbers and it will save time in future.

This article is having detailed information of adding the LCSC part number in Altium tool, however same can also be done in other EDA tools as well. First step is opening of the integrated library project which has the required parts such as capacitors, resistors, and inductors etc. The file is named with any unique name such as XBASIC. However, this project is containing two major parts i.e. the schematics symbol and the other is PCB footprints. The file with the symbols of schematics should be opened having an extension (.SchLib). Next step is going to the tab of schematics library.

The tab is having information of all required parts in the library, for instance by selecting the SMD Ceramic Capacitor having 0603 size, double clicking it will open up its entire properties. 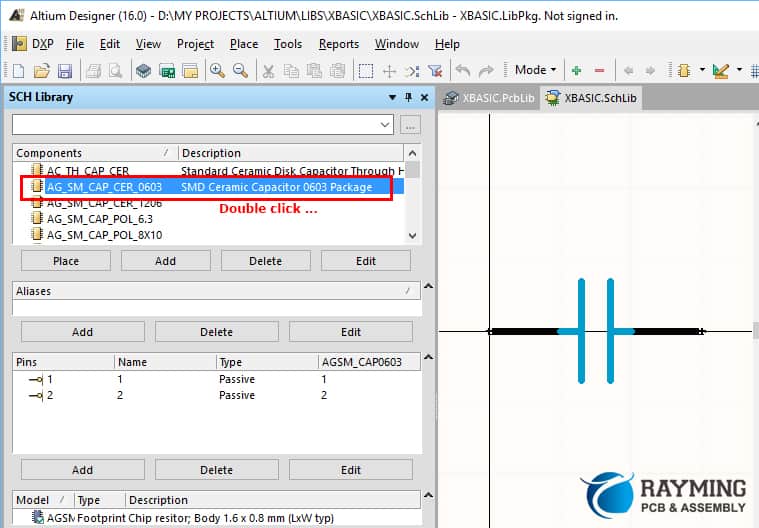 Now, in the area of parameters, you have to click on the “add” option for adding the new parameter for the part. This can be illustrated in image below. 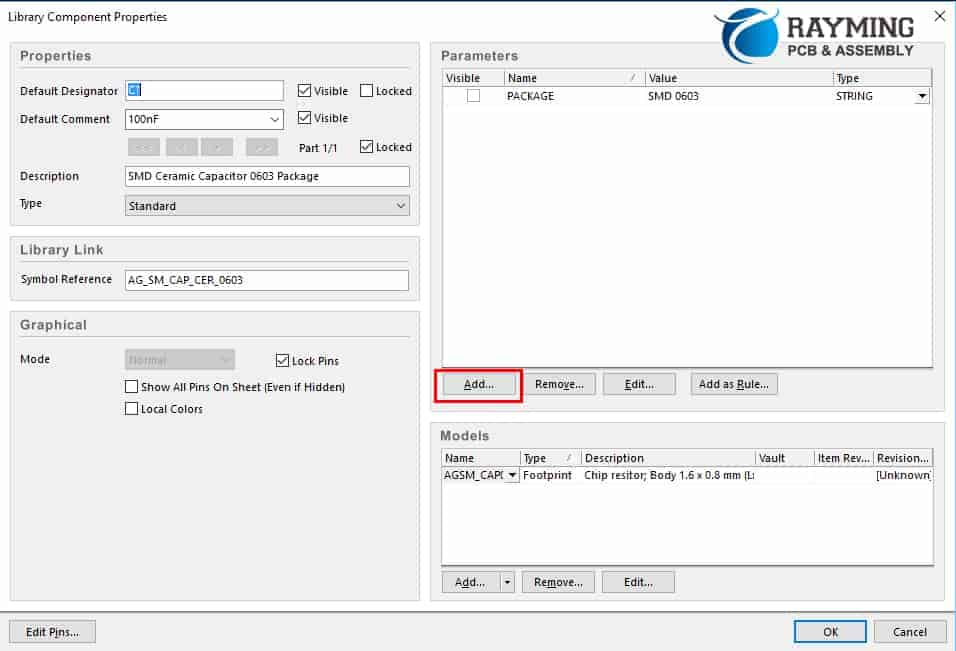 After this adding the new parameter is done. Now name it as “LCSC Par # XX” and then put the designated value for the part such as “C0000”. 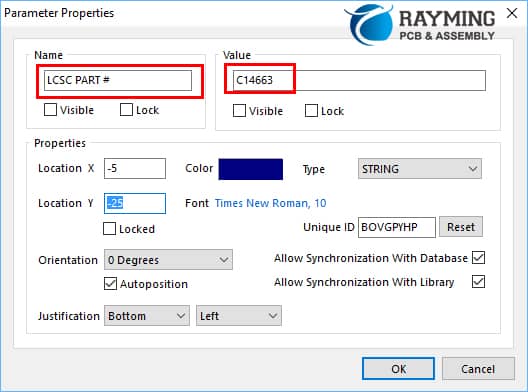 The value of the LCSC part number form can be acquired from the website of RayPCB as there is a list of about 35,000 different components.

Similarly, the LCSC part number can be added in to all of the parts of the project easily to make the assembly process of future projects smooth.

Generation of Bill of Material File

The Bill of Material can also be generated like all other files such as drill and gerber files. The BOM file is generated with the help of “output job file” when Altium tool is considered. Therefore, the use of output job file must be incorporated.

Click on the projects, go to “add new to project” and then select the option of “output job file” as illustrated in figure below. 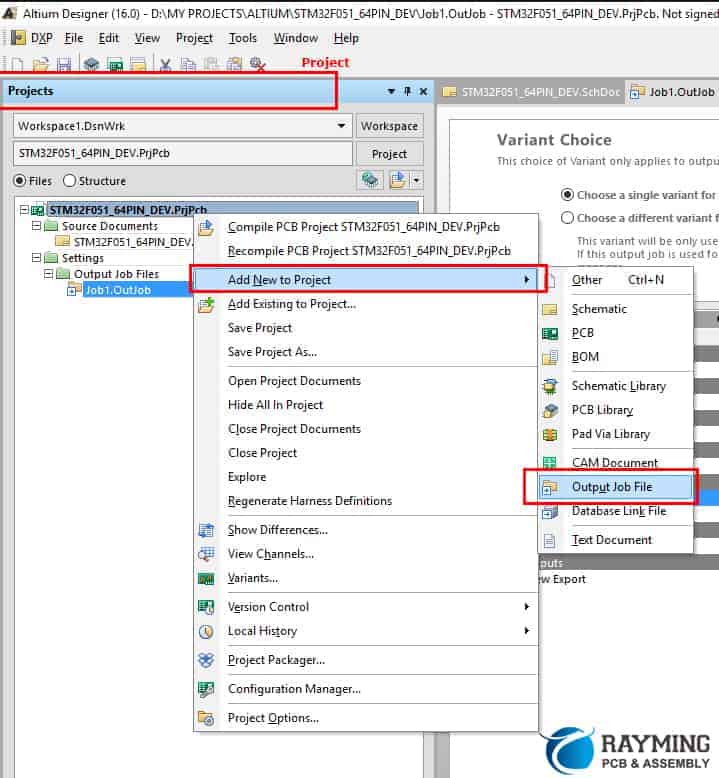 By choosing options above, job file will be added to the project underway and while using it you are able to generate numerous output files. Here, special focus is made on the generation of BOM file, therefore it will be discussed.

Therefore, by clicking on “add new report”, selecting “bill of materials” and then choose “project”. This process is shown in figure below. 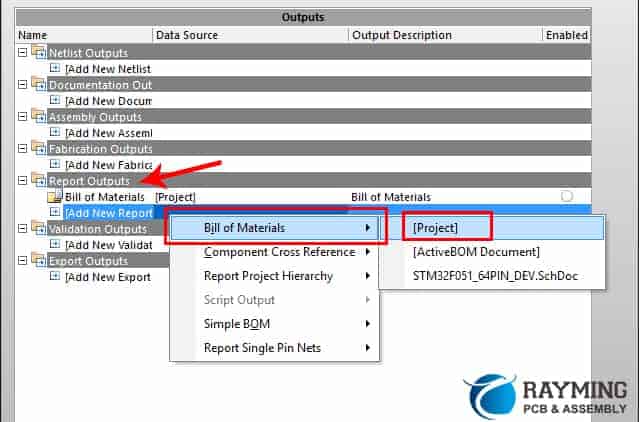 In the generation of BOM, there is an option for adding the column with parameters, as shown below. 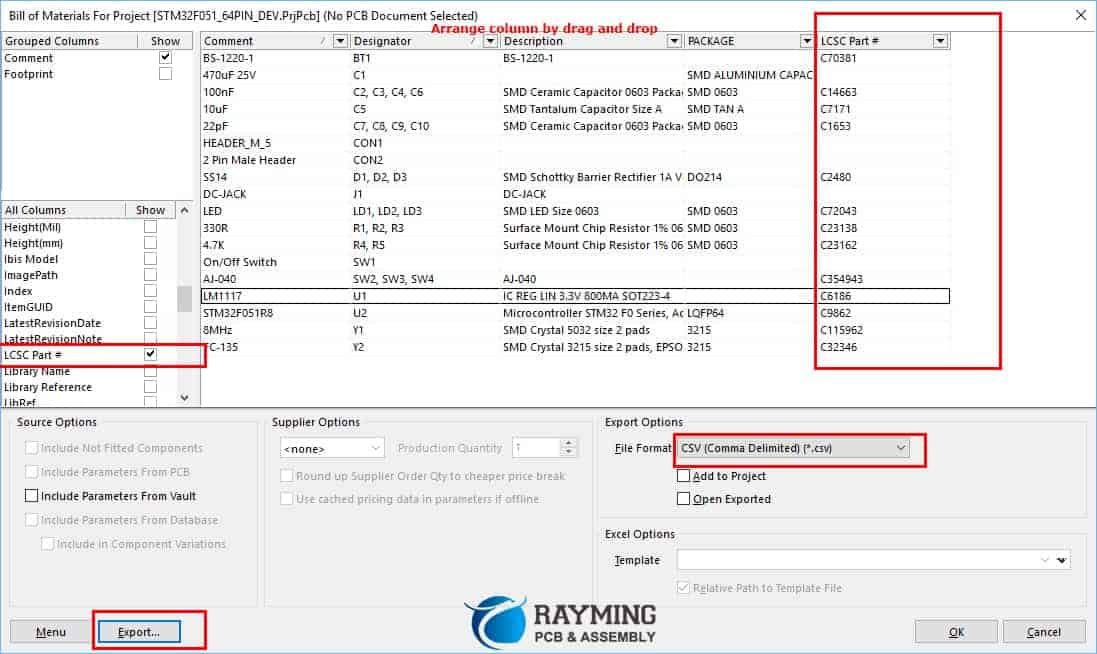 By the use of same output job file, centroid file can also be generated. As discussed already, centroid file is also known as Pick and Place or Placement of Component file. The image below is showing the method. 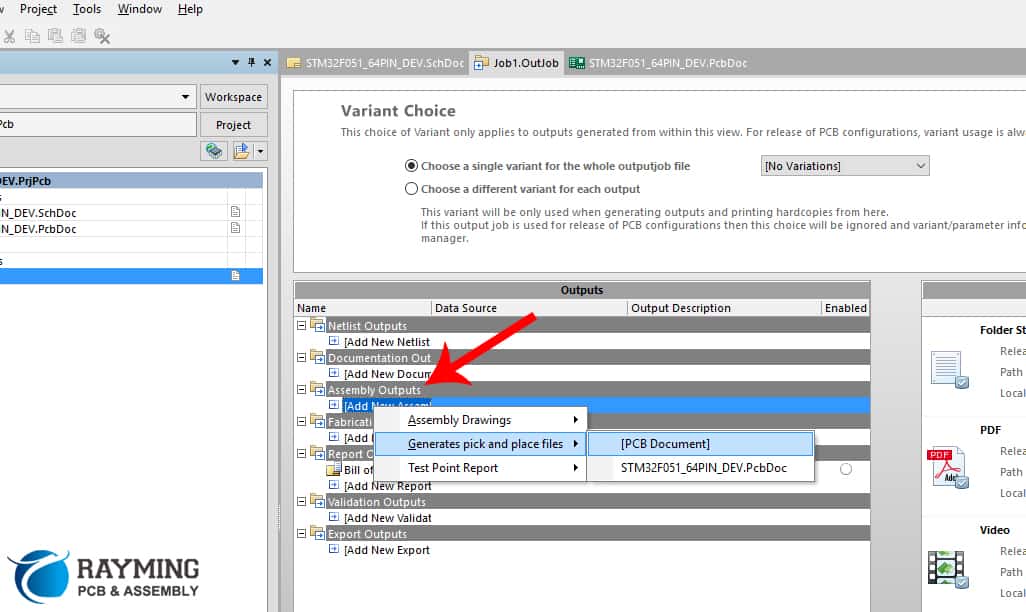 Figure below is showing setup for making centroid file. 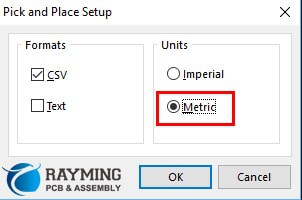 After clicking on the generate content, you have to go to the folder where all files of the project are saved and pick the file named pick place with .csv format. 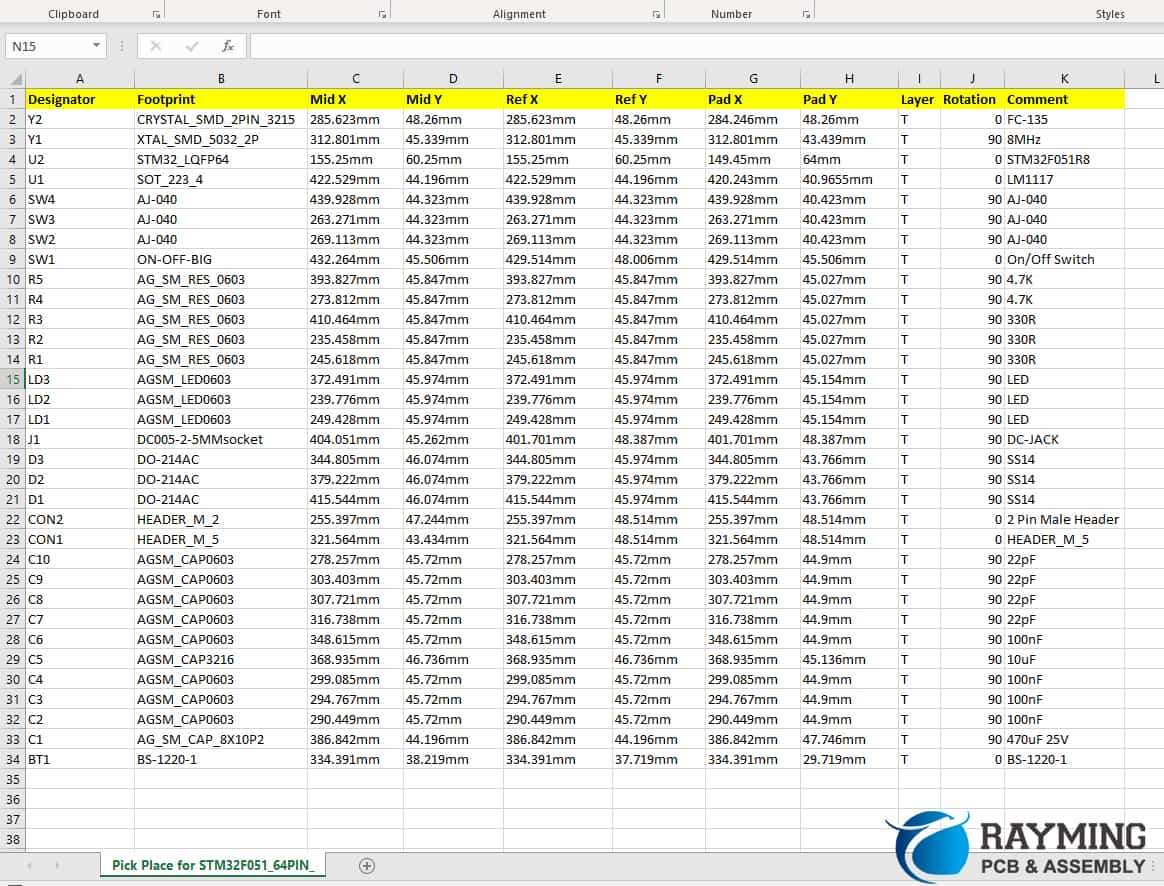 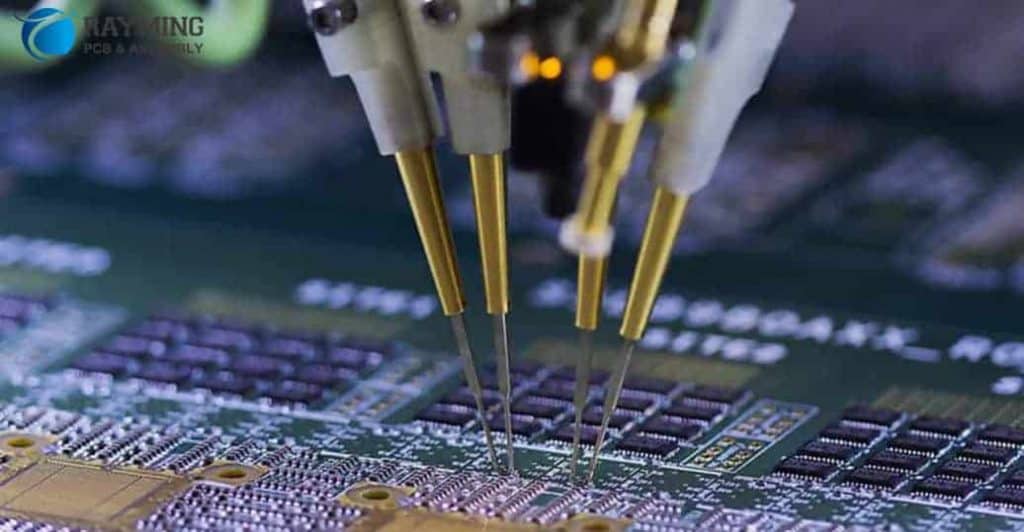 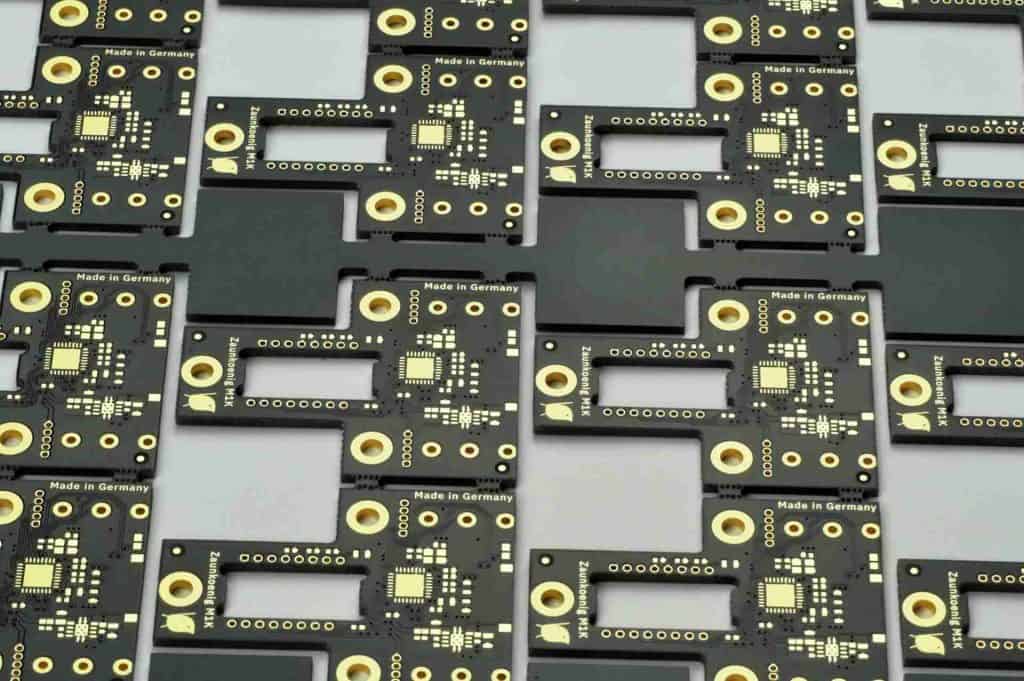